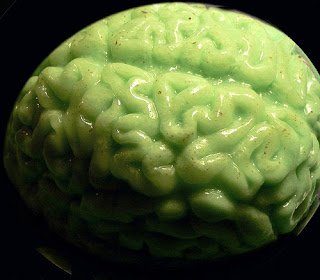 A short while ago I came across an interesting article about neuroscience and the debunking of some common ideas. As we are able to learn more about how the brain learns, neuroscience in education is becoming more important so I thought it would be interesting to share some of these myths. The list was compiled by Ulrike Rimmele, who is just down the road from me at the University of Zurich. For the complete article, plus references, visit here.

A neuromyth is a statement of misconception about brain mechanisms and/or how it functions. Neuromyths develop for a number of reasons - from misunderstandings to deliberate manipulation of information. Due to the perceived importance of brain research to education these myths have rapidly developed and include the benefit of enriched environments, right- and left-brained dominance and critical periods of learning. The danger of these are that the eager adoption by teachers and parents can mean that people are following teaching and rearing strategies that are not based on evidence.

Here is a brief run-down of 6 common neuromyths:

1. The brain is only plastic for certain kinds of information during specific 'critical periods', with the first three years of a child being decisive for later development and success in life.

There is a large body of research based around vision, audition and language which shows that different brain systems display different amounts and types of changes with experience (ie. plasticity). Some of these systems appear to retain the ability to change with experience throughout life and therefore do no rely on a 'sensitive period'. I found it interesting to read in regards to language development, the optimal development stage for phonology and grammar seems to be the early and middle childhood years - not just in the initial years. Researchers are now investigating the possibility of plasticity and sensitive periods for learning math, music, social and emotional skills etc. This is important as it will provide input to the design of educational programs.

2. 'Enriched environments' enhance the brain's capacity for learning.
This myth refers to the idea that children should be exposed to rich and diverse stimuli during the time that they are most receptive to learning. A common belief about this myth is that if a child is not exposed to an enriched environment the it will not recuperate later on in life and has lost capacities early in life. This most probably developed from research on early learning in rats. This research showed that rats that were reared in an enriched and stimulating environment displayed a better capability to learn and solve complex maze problems compared to rats that were raised in a deprived environment. Conclusions have been drawn explaining that the experience of being raised in a rich environment tunes the wiring between neurons of the brain (allows more connections to form). The reason that this is still considered a myth is because more research is required that explores the transfer of these insights from animal research to human learning. It is also important to remember myth 1 - the brain shows plasticity throughout the whole life, not just in the first three years, which is the suggested 'enriched environment' stage.

3. There is a visual, auditive and a haptic type of learning.
When we talk about types of learning we are referring to the different channels of perception that learning occurs through. When the right channel of perception is enhanced then individual learning ability can be improved. Frederic Vester created this theory and he recognised four types of learners: visual, auditive, haptic and intellectual. Many teachers apply this theory in their classrooms by paying attention to which students use certain channels of perception in order to provide the student with the best fitted input. There has been two main criticisms of this theory. The first is based on the classification of learner types. Vester's first three classifications are based on perceptions (seeing, hearing and touching) but the fourth is not - intellectual learners learn through understanding itself. How do these learners gain their learning material? Do they not need channels of perception at all? This also seems to imply that learners in the other three modes do not use their intellect at all to learn, only their channel of perception. This can lead to problems if teachers assume that if someone sees, hears or touches something then they automatically understand it. In order to understand something a learner first has to receive it and then process and interpret it. Only through this second step can understanding and learning be achieved. In order to optimise learning an approach of 'learning through understanding'  should be employed.

4. We only use 10% of our brains
This is one of the most persistent and widely spread brain myths. While it may be exciting to think of our potential if we can unlock the dormant 90% of our brain, the reality is that all existing data shows that we use 100% of our brain. It is not known where this myth originated but possible options include: 19th century brochures for self-help (the self-help track still widely abuses this today); Albert Einstein allegedly once quoted that he only used 10% of his brain; research from the 1930's explored the function of certain brain areas with electric shocks - many areas showed up as 'no effect', hence leading to conclusions that they weren't used; another possible explanation is the rate of glia cells to neurons in the brain, which is 10:1 - however glia cells only support the function of neurons, it is the neurons themselves that are responsible for information processing. Rimmele provides three further reasons to explain why we use 100% of our brain instead of only 10%:
(i) Evolution won't allow for it: like all other organs, our brain has been shaped by natural selection. While the brain only weighs 2% of the total body weight, it uses 20% of the whole energy. It is improbable that evolution would have permitted the wasting of resources on a scale necessary to build such an efficient and only partially used organ. If it did then humans with large brains would have already been excluded from the gene pool.
(ii) Clinical neurology examples show that losing far less than 90% of the brain tissue has serious consequences. You wouldn't risk the injury of having someone shoot a bullet into your head with the knowledge that it probably wouldn't hit the 10% of your brain that you actually use. Interestingly, some people have lived with injuries such as this, or similar conditions (e.g. like those experienced after a stroke) for many years. This is because of the plasticity of the brain and it's ability to compensate for damaged cells, much in the same way a soccer team would compensate for a player who is sent off. It might look as though the part of the damaged brain was not used at all but it would unwise to conclude from a compensated function that we only need 10% of our brain.
(iii) Special functions of the brain region are known and it is possible to make a map of the brain that shows that there is not an inactive 90%. So far, neurosurgery has failed to identify any areas of the brain where there is total inactivity (of perception, emotion and movement), even during sleep. If there were then this would be indicative of a serious malfunction.

5. Myths about bilingualism
This section highlights three bilingualism neuromyths (and a brief counter argument). For a more detailed overview of these then please refer to the article.
(i) Two languages compete for resources - if two languages compete for resources then there should be no-one who can speak several languages proficiently because the brain would run out of space. There are, however, many examples that show that this is not true. Also, if you learn a new language you do not become drastically less proficient in a previous one.

(ii) Knowledge acquired in one language is not accessible in another - Studies have shown that the more knowledge that is acquired in different languages, the more it is 'unhitched' from language. The knowledge is not stored in the format of language, but in other forms (e.g. pictures, for example). Also, when someone understands something (for example, democracy), they will be able to explain it equally in each language. If they cannot, then this is a signal of vocabulary deficiency, not the transfer of knowledge.

(iii) The first language must be spoken well before the second language is learned - Studies have shown that children who master two languages are better in understanding the structures of language and apply it more consciously. Multi language education and multilingualism do not retard the development of language. However, it is important to note that if a child has a language deficiency then the effects of this may be enhanced by a multi language education.

6. The left brain/right brain myth
This popular myth refers to the assertion that information is processed in different ways, depending on the hemisphere used. The right hemisphere is associated with an intuitive, emotional, holistic, synthesising, non-verbal, visuo-spatial mode of processing, resulting in a creative or inductive way of thinking. In contrast, the left hemisphere is the rational, intellectual, logical, analytical and verbal hemisphere. It is the hemisphere that specialises in processing verbal and numerical information based on a deductive or logical way of thinking. In education this has implications because the idea follows that the dominate hemisphere determines the ways of processing for a student - and that learning can be enhanced when both sides of the brain participate in a balanced manner. The danger in using hemispheric approaches to education are that it is based on an incorrect idea: each brain hemisphere is specialised and therefore each must function independently with a different thinking style. While research has shown that there are some functional differences in either side of the brain, these do not relate to cognitive thinking. Furthermore, there is no scientific evidence supporting the idea that different thinking styles lie within each hemisphere. Finally, there is also no evidence that supports a correlation between creativity and the activity of the right hemisphere, or the degree of creativity versus use of the right hemisphere. Recent scientific findings suggest that in cognitive activities the two brain hemispheres work collaboratively.