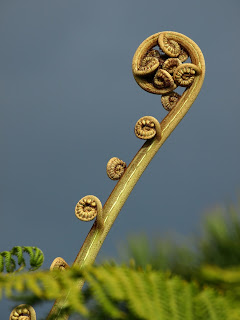 Wow, it's been a long time since I've posted here! I've been doing a lot of writing since my previous post, but in a different format so have found it difficult to maintain my effort in this space at the same time. I am hopeful that this post is the mark of renewed commitment to my blog (although I've said that before). Here's hoping!

Back in 2018 I shared our school's involvement with the development of the Compassionate Systems Framework - a project born from Peter Senge's work of MIT. The ideas that underpin this framework have been finding their way through our school - primarily in the Primary School where I work, but there are also some seeds in other areas of the school as well. It's an interesting time.

Alongside this, over the past few years we've been trying to find a way forward with our professional growth model. We previously had a setup where we would run a series of lesson observations, using a long checklist of indicators to provide feedback for teachers. There were also pre-observation and post-observation meetings, goal-setting plans, collaborative partners....the whole package was simply to unwieldy to do well and ultimately left everyone feeling the same way my Dad did when I told him I'd cooked him a vegetarian dinner - unsatisfied.

After some reflection, a couple of key points were identified: (i) There is a belief at the school that there needs to be a differentiated system in place to help all educators develop and refine their practice; (ii) There is a feeling that the performative model of the past is not best placed to serve our needs in the future. We've had a play around with some different iterations of classroom visits, walkthroughs and coaching conversations but nothing has felt quite right for our context so far. Parts of these approaches were clearly worth leveraging, but no approach on its own worked well enough for us to confidently adopt. We're mindful that we may be missing opportunities for members of our learning community to engage with each other, but at the same time we don't want to rush into a model that isn't sustainable.

Coming back to Compassionate Systems, over the past few months I have been thinking about what we do as a school to help our community members respond mindfully to the complex challenges they face. Teaching is a complex profession. Learning is a complex process. I wondered if there were some tools or ideas that might be helpful for us with our professional growth inquiry.

You can see the iteration of the model that I'm currently working with below. In a nutshell, it is based on the idea that by focussing our attention on the things that we want, instead of those that we don't, we are able to develop a vision of personal mastery and, with the right support, sustainable change. This requires us to be highly tuned to our sense of self and starts with a consideration of our own well-being. For this model, I have followed the work of Richard Davidson and the Healthy Minds Program to frame the structure of well-being. Davidson's 4-Pillars of Well-being overlap nicely with Senge's Core Leadership Capacities of aspiration, reflective thinking and systems sensing. But we're a school, not a life coach. Well-being is a skillset that can be developed over time and there is a personal responsibility of practice and training on the part of the learner. For this reason, the focus of the initial conversation around well-being is centered on purpose instead of attempting to encompass all four pillars. After some tuning in through the Work and Meaning Inventory (WAMI - has there ever been a better acronym?), this first stage of the process occurs between a learner and a school leader and the conversation map is based around the first four questions on purpose:

There are additional questions that can be followed up with on the basis of how the conversation is going and could be used to delve into other areas of well-being, if necessary.
From here we move into the second phase, which takes the step from leadership of the self to the acknowledgment that we operate in systems that are both personal and universal. Phase 2 requires the collaboration of the rest of the learner's team and addresses a key component that was missing in our previous model - the need for psychological safety and the idea that great teams make more mistakes because they don't hide them and because they try new things. We already have a lot of research-based indicators of strong learning practices so there's no need to re-invent the wheel here. These can still be used as prompts for generative conversations around learning. The sheer number may be overwhelming and perhaps needs to be pruned - but there's no doubting the potential for conversation starters that they provide.
This phase allows an opportunity for the learner to engage in an additional reality around their practice, thus providing further perspectives of truth so that they can deeply understand the present before they go about designing the future. We have some conversation starters, some strategies for observing practice and some guiding questions that can be used to identify what it is that you currently do with your students and why. There are two vital factors here:
(i) Because the opportunity is given for the learner to identify a more nuanced version of their current reality (through the help of their team), any improvement that is ultimately suggested engages the mental models of the learner (Robinson's Theories of Action), instead of bypassing them. Through engagement, the current beliefs, practices and implicit ideas that are driving behaviours are understood.
(ii) Because the onus isn't on the various members of the team to manage the improvement a specific person, the opportunity exists for low-risk, honest discourse and the leaner has the opportunity to reflect on what it is that they might do that makes them resistant to change.
The third and final stage allows learners to identify something to pursue that is meaningful to them (as opposed to someone else). It asks the teacher to return to their leadership partner to reflect on what it is they they'd like to grow, and to put in place the conditions to allow this to occur. For this, the mandala for systems change is the suggested tool. An important part of this phase is the short-term and long-term indicators that are agreed upon. There is no point looking at the outcomes of an agreement (long-term indicators) if only half of the strategy is implemented. This is why we must identify and examine implementation indicators (short-term) as well.
This may all sound great, but whether it actually works or not is unknown - it's a pilot setup with a small group of teachers at this stage. I'm sure it will take several additional iterations before it's close to something that can be more widely used. But, as Senge says, it's not about what the vision is, it's what the vision does. This model may not work at all, but in the process of trying, we might find something that does.

Thanks to the prodigious wisdom of Peter Senge, Mette Boell, Richard Davidson, Viviane Robinson, Lisa Lahey and Robert Kegan for their inspiration in the design of this model.
Photo by Sandy Millar on Unsplash
Posted by Dave at 6:50 AM No comments: