The importance of standardisation 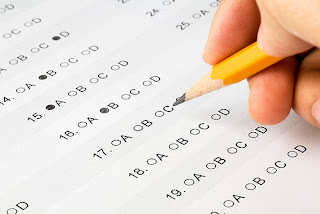 Standardisation in education is a topic that garners many opinions. Some believe that it is essential in order for all students to receive a guaranteed level of education. Others say that standardised testing plays a vital role in allowing the stakeholders of education to track performance of both students and teachers. Some state that an over-reliance on the standardised approach has created havoc in the teaching and learning that is supposed to occur in education institutions.

Traditionally, mass education of the population, in order for them to serve the needs of the workforce, lead to school curricula becoming standardised. This was done with the best of intentions and the general reason is that this approach is in the best interests of the economy. A hierarchy of subjects also developed and Ken Robinson highlights this extensively in his speeches on creativity. As time has moved forward, so has standarisation. Now there are not only standardised curricula that is followed at schools but, in some places around the world, standardised testing of students has become prevalent. A few examples of what this has lead to includes the creation of league tables, tracking of performance, high-stakes testing (and cultures of 'teaching to the test'), and the ability for schools to judge their individual curriculums against world standards.

I recently read an interview with Pasi Sahlberg, who is the Director General of CIMO (Centre for International Mobility and Cooperation). In the interview he talked about some of the keys to the success of the Finnish education system. He also mentioned standardisation. He says that he believes standarisation has been focussing on the wrong parts of the education system. He states that instead of over-standardised teaching and learning in schools by prescribed curricula, the focus should be on the standardisation of three things:


These questions were answered in the context of the education system in America, so they obviously don't apply to every school around the world. There are, however, some key points that all schools could consider. Other national systems and governments could look at their own resource allocation and teacher training systems - could they work better? How does the distribution of funds operate? Is it equitable? Should it be?

Any school could look at Sahlberg's advice on time allocation - what does your timetable look like? Do all subjects receive equal weighting? What is your institution's perspective on this? Are students receiving appropriate amounts of time for breaks between learning? How do you train and develop your staff? Are there pre-requisites for your staff before they're considered for hiring - or in terms of training?

These are questions for all leaders to be considering, and should be considering if they want to continue to improve - or indeed transform education.