What Hamilton can teach us about intelligence and leadership 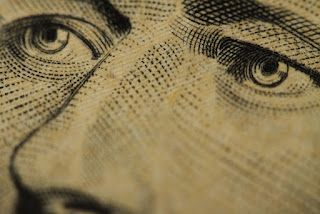 As a fan of musical theater I have been swept up in the fanfare surrounding Hamilton, the musical based on the life of American founding father Alexander Hamilton told through medium of hip-hop and rap. While my friends and colleagues wouldn’t describe me as a rap diehard, I do have an appreciation for the form and the lyrical tapestry that Lin Manuel Miranda weaves to tell the tale of Hamilton is something to behold.

Manuel Miranda appears to correlate the ability of a character to rap with their perceived historical place in the spectrum of intelligence. Those that are characterised as prodigiously intelligent (Hamilton, George Washington, Aaron Burr, Marque de Lafayette, Thomas Jefferson) rap regularly, often with intricate rhyming patterns. Those that are less intelligent rap less sophisticated verses, or sometimes not at all. One of those characters is that of Hamilton’s eventual wife - Elizabeth Schyler. Eliza comes from a well-to-do family and also has two other sisters (Angelica and Peggie) that are constant targets of affection from suitors looking to elevate their status by marrying into such a family. Eliza does not rap throughout the entire musical whereas her revered sister, Angelica, has many moments where she raps her story. She is said to be able to ‘match wits’ with Hamilton and certainly earns the moniker of being the most intelligent of all the Schyler sisters.

So what does a person do when they're a part of the hip hop scene but don’t rap? They provide a backdrop for the artists to rhyme verses. Us lay-people typically know this as beat boxing and it can take many different forms. Those who beat box provide a tailored backing track for others to rap to. So there you have it, intelligent people rap and those lower down the cognitive ladder beat box.

This analogy serves as a useful backdrop for learning, leadership and education. As it did back in the 1700s, society still has a tendency to define intelligence through a narrow lens. Unfortunately it appears as though our definition hasn’t evolved over the past 300-odd years. Typically those that are competent scientists and mathematicians find themselves somewhere near the top of the pile, then come those that are gifted with writing, reading and speaking. The humanities usually follow and everything is rounded out by followers of the arts and physical pursuits. Despite recent commentary from modern educational thinkers, this model still pervades many societies and cultures.

By following this, Eliza is not seen as being intelligent. Hamilton is clearly adept with words and numbers (and can rap very well), so he has her covered. But one thing that we know about intelligence is that it manifests itself in different ways. What the beat boxers of this world show us is that they possess a great deal of emotional intelligence. No-one in this world can claim to be the top dog at everything and those that beat box show us that they possess the self-awareness to not only recognise talents in others, but also to notice when opportunities arise for them to support these talents. I believe that good leaders are like this. They know when to rap and when to beat box. They are able to adapt their leadership style to either engage and facilitate inquiry among their colleagues or just as easily support, pacify, console and coach, depending on what the situation requires. After all, leadership is context-driven. I often wonder what our current world would be like if some of the leaders of the past were more like Eliza and less like Hamilton.

Intelligence isn’t a one-size-fits-all model to behold and it most certainly isn’t hierarchical (at least not in the way that we most commonly define it now). We need to challenge ourselves to expand our view of intelligence so that both the Eliza’s and Hamilton’s of our time are able to find their place in the world in a meaningful way.