The cow heart never would have happened. 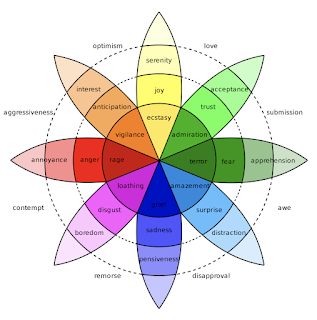 This week I had the privilege of co-presenting a global call for Compassionate Systems practitioners based around the use of check-ins and the influence they can have on the various social fields that we are a part of. The conversations were rich and the whole experience gave me an even greater appreciation of the importance of the relational space when it comes to collaboration and learning.

Part of the presentation focussed on some of the check in experiences that I've observed or helped create. We discussed that it is the responsibility of the hegemonic individual to cultivate the space because they have more impact within it. In a school or classroom setting this is typically the teacher's responsibility. Over a number of years, in a few different contexts, I have been exploring the concept of learner agency and I briefly highlighted that for an agentic environment to flourish the stance of the teacher requires a shift to being that of a learner. This causes a disruption in the tacit power structure of schools and, for some, it could also create an existential crisis about what it actually means to be a teacher, but that's a discussion for another post.

When an educator listens and values the ideas of children in the learning environment, deep learning can occur. One of the examples that I shared showed how a teacher in a Kindergarten class used the Wheel of Emotion to explore some of the concepts in a picture book that they were reading. Along with the data she was collecting around the student's level of understanding around various conceptual literary ideas, she was also supporting the development of their emotional literacy in being able to recognise and name emotions and feelings. The Wheel of Emotion was used alongside several other learning experiences as well and quickly became a part of the student's toolbox in their inquiries. 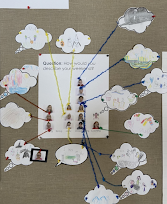 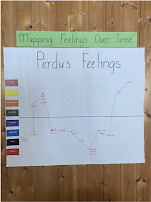 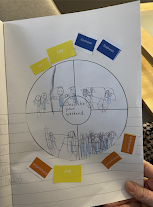 The teacher's acknowledgment that students are powerful learners with the capacity to engage with big ideas, coupled with her willingness to genuinely listen and respond, meant that the responsibility for cultivating the social field within the learning environment was a shared one. This provided an opportunity for further meaningful learning. 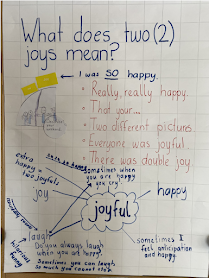 One day, as the students were exploring different 2D shapes, one of the students identified a heart shaped object. The choices the teacher had were to either re-direct back to whatever the regular shapes were that were a part of the written curriculum, or to follow this idea further. Again, we come back to the identity of the teacher and her professional stance as an educator. As I'm sure you can guess, she chose the second option. The questions and discussion that followed revealed insightful ideas and connections to the social-emotional learning that the students had familiarity with as they explored the symbolic connection between the heart and the emotion of joy - what does a 'double joy' feel like?, as well as scientific connections to the structure and function of the heart, which also included discussions around shape, capacity and volume.

When the students asked if your heart could break, the dialogue shifted to an exploration of perspective between the biological functions of the heart and what happened if they didn't work, compared with the emotional feeling of having a broken heart. As their curiosity grew, the teacher was able to organise for a cow's heart to be delivered to school for them to dissect, helping to confirm some of their theories about the structure and strength of some of the materials, as well as supporting the generation of new questions and ideas. 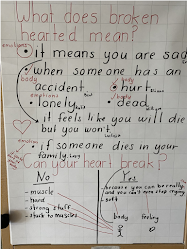 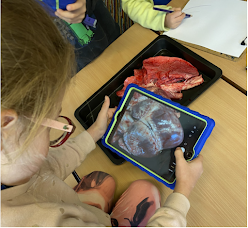 Now, I love a rectangle and a triangle as much as the next person, but sometimes those shapes just aren't enough. The cow's heart wouldn't have happened if the teacher wasn't willing to engage with the ideas of the students around 2D shapes to see where they went. Supporting an environment where they felt comfortable to co-create the learning meant that the social field was a generative one and the learning took on a different level of meaning. The result was a combination of mathematical, scientific and social-emotional learning that highlighted the strength of a transdisciplinary approach to inquiry.