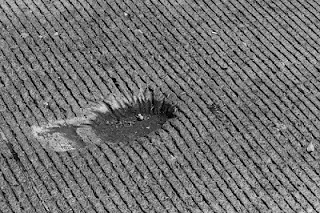 Last week one of my colleagues commented on a photo of me on Facebook. It was of me holding my daughter and she had a light-hearted dig at me by saying that it was a good thing that Kajori looked more like my wife than me. I thought it was quite funny and, to be honest, there's a fair element of truth in the statement! I returned fire by commenting that if she put as much work into her planning as she did to her cheap shots at colleagues then we'd all be a lot better off. Feeling quite pleased with my witty response, I then headed off home via the shops. It wasn't until several hours later that I realised the chain reaction that my reply had set off.

It turns out that my colleague had a bad experience with a staff member some years before. This staff member would say things similar to my reply with the difference being that he meant it in a very serious way. Things could easily turn from 'jovial banter' to 'uneasy confrontation' in a matter of seconds. My reply had immediately bought back those uncomfortable feelings and my colleague had spent all afternoon worrying that she'd upset me. She'd sent an email to check if everything was ok but I hadn't been on my computer all afternoon so didn't reply. The lack of response from my part only served to increase her worry at an exponential rate. Later on in the evening I received an sms from her offering a heartfelt apology and I was able to explain the whole situation. I never once took offense to her comment and was suitable shocked to see how much it had all spiralled out of control so fast. My colleague explained that although we know each other quite well, the experiences she'd had all those years ago still stuck with her and that's why she was so worried.

It's amazing that something like that can have such an impact and stay with someone for many years afterwards. It got me thinking about how this can relate to our relationships in the classroom. The things we say and attitudes we show to our students can impact on them much more than just in that moment. This could also apply to the teams that we work in or even for an entire faculty of staff. Certain workplace cultures can be difficult to create, yet can be brought crashing down so easily by one or two simple things. These things can then make it difficult, and in some cases impossible, to rebuild, reshape or improve. It certainly makes me think more carefully about how I approach certain situations.