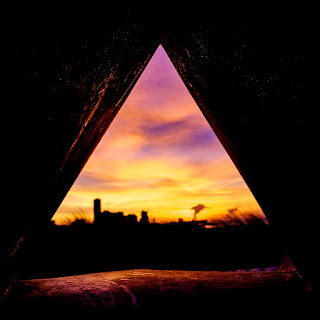 Change management is a leadership topic that is regularly discussed and analysed. There are myriad books devoted to unpacking the processes involved with change, yet it remains one of the most difficult things to define. I think that's what makes people who can deal with change more valuable. Understanding the change process, or a version of it, is an important step in being able to deal with it, and to help avoid (or manage) resistance to change from colleagues or peers. I once heard it explained this way and have found it to be a useful framework for helping to decide on which next steps to pursue in different scenarios.

I DON'T LIKE IT: There will always be a portion of people that simply don't want to change. A general outline of where people fall on the 'change acceptance continuum' can commonly look like:

It's important to understand the possibility of that group of resistors (or laggards). I'm always disappointed when 100% of the population aren't as excited about an improvement initiative as I am, but it's a reality. You can't please everyone all the time. A way to approach this group of people was once described to me through the analogy of a garden. You need to take care of a garden and tend to the conditions that will help the plants to grow. But it's a waste of time and resources to water the rocks - they won't grow. A lot of the time in these instances the collective of the larger group will bring the resistors on board, or they will leave. It takes time, though, and it's paramount that the initiative becomes widely accepted in order for this to happen. Jim Collins' work in 'Good to Great' discussed the idea of ‘getting the right people on the bus', which suggests that one of the keys to success in an organisation is to have the right people employed to achieve your goals - and to move on anyone that is not aligned. I think that this has the propensity to be easily misinterpreted. People definitely should be aligned to an organisational vision and mission, no doubt about that. However, they may need time to fully develop an understanding and appreciation of what is being actioned. This is effectively achieved within a a culture of feedback, collaboration and trust, not of fear of being thrown off the bus. In this case, people who are viewed as resistors could actually part of the late majority group. Additionally, what looks like laziness is often exhaustion. Change is about developing automatic behaviours, changing the old ones. This requires a great deal of energy from the rational and emotional sides of people. In the end, the emotional side will always win if both are exhausted. which leads into the next category.

I DON'T UNDERSTAND IT: In their book, 'Switch', Chip and Dan Heath refer to the idea that most resistance to change is situational, not personal. They describe an experiment that gave people free buckets of wretched popcorn. Some people ate more than others - despite the fact that it was stale and didn't taste nice. This resulting data could logically be construed as showing that these people have poor eating habits and need to be educated on how to correct them. However the revelation was that those that ate more were actually given bigger buckets of popcorn. The situation guided their behaviour instead of their personal view or habit. It can be helpful for agents of change to use this idea in their dealings with people. By shaping the path of the change initiative and designing the situation to work in their favour, change events can be fast-tracked. In many cases what looks like resistance to change is actually often a lack of clarity. If people don't understand not only the imperative to change, but also the key steps along the way, then they are more likely to look at a destination that either seems to far away that they'll be exhausted by the time they get there, or they won't be able to see it at all. The 'I don't understand it' group are important because they may actually be supporters of the change but are either too tired or confused about it that they don't adopt.

I DON'T LIKE YOU: Relationships are paramount in modern society and the associated skills of collaboration and communication are constantly emphasised as being vital in order to be successful in the 21st century workforce. If change agents want initiatives to be implemented as successfully as possible then it will be helpful if they have strong relationships and support from the people around them. Michael Watkins offers this advice for leaders that are entering new organisations - failing to create momentum during the first few months virtually guarantees an uphill battle for the rest of your tenure during the job. He talks about the notion of having 3 months (or 90 days) to achieve the break even point of contributing as much value to an organisation as you consume from it. People often look to those in their social network for cues to the 'right' way of thinking and acting. If you are one of those people then you stand a much better chance of creating early adopters or early majority members in your organisation. He also talks about The Coalition Building Cycle: Gaining allies helps you recruit others, which increases your resource base, which increases the likelihood of your agenda's success, which helps you further in gaining more allies....and the cycle begins again. If you don't have good relationships with your colleagues then you are already rowing against the current without a paddle.

Photo Credit: Wouter de Bruijn via Compfight cc
Posted by Dave at 10:30 AM